Learn more about the Foundation's Trustees and staff

We are fortunate to benefit from experienced and talented Trustees, who set the Latymer Foundation’s strategic direction, are responsible for the charity's governance, and ensure that the Foundation is administered effectively.

The Trustees are keen to maintain a diverse Board with a variety of backgrounds and skill sets, including an appropriate representation of Trustees who are also members of the Governing Body. As and when additional Trustees are sought, positions will be widely advertised and in the event that a large response is received a small sub-group of Trustees will draw up a shortlist of suitable candidates for interview by the whole Trustee Board.

Trustees are appointed initially for a two-year term which will usually be extended to four years. Trustees may be invited to serve for a second four-year term after which their appointment may be extended only in exceptional circumstances.

If you have any queries or need to contact the Trustees, please email Frances Lorente, Clerk to the Trustees, at latymerfoundation@latymer.co.uk 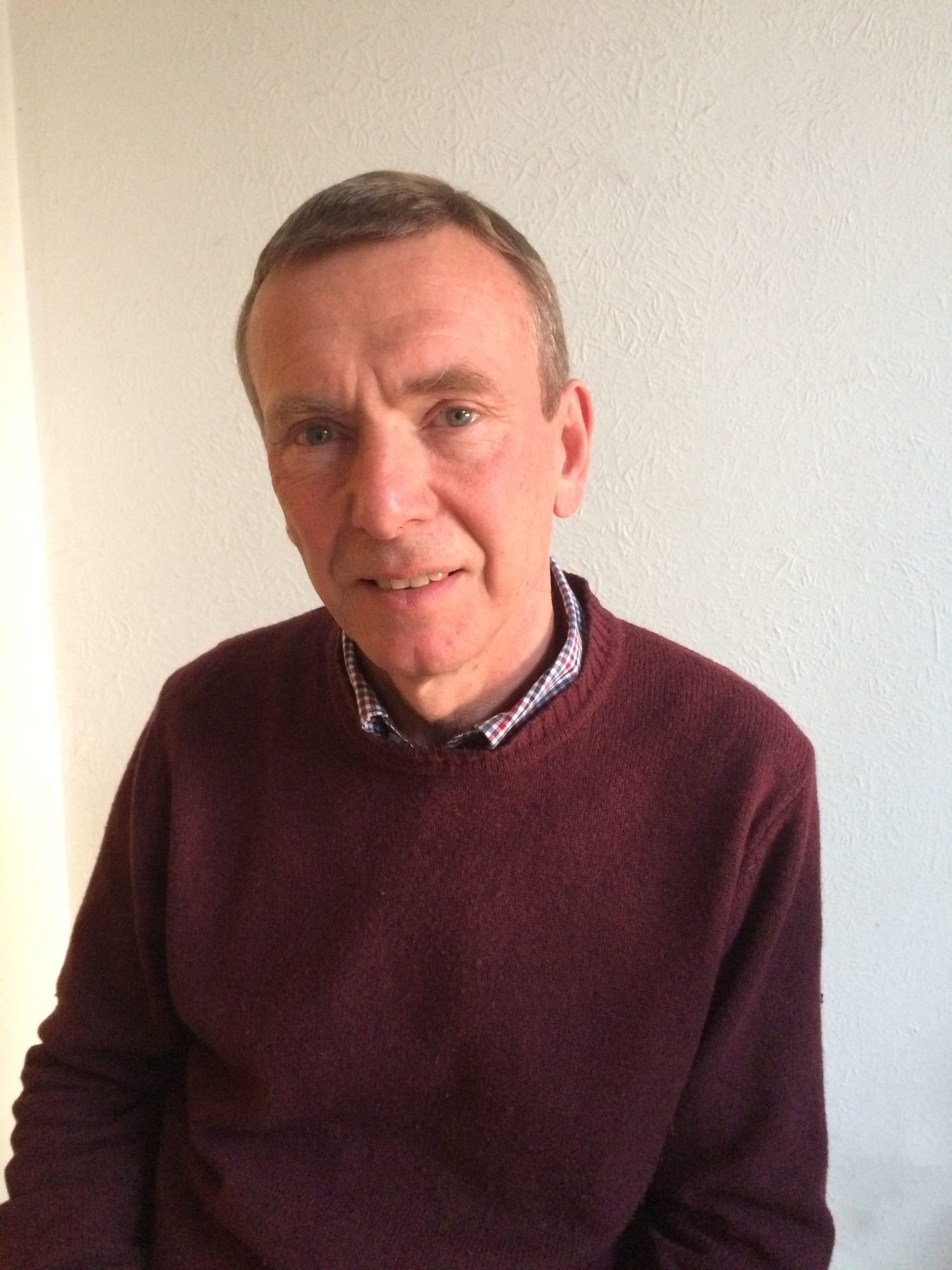 Role: Chair of Trustees, appointed Trustee in June 2019 for four years and elected Chair in December 2019.

I joined the Board of Trustees in mid 2019 and took over as Chair at the end of that year. As a third generation Latymerian (1966-73), I was keen to help the Foundation through a period of change as a number of long-standing Trustees were about to stand down after many years of service. We now have several new faces on the Board and are pressing on with supporting the school with some major projects, ahead of the 400th anniversary of the Foundation in 2024.
I am a retired Chartered Accountant with a wide interest in education having served in various roles at St George's Hospital Medical School and the London School of Economics, as well as Chairing the Governing Body at our local primary school.

Dick is a member of the following Foundation committees: Buildings & Infrastructure; Finance. 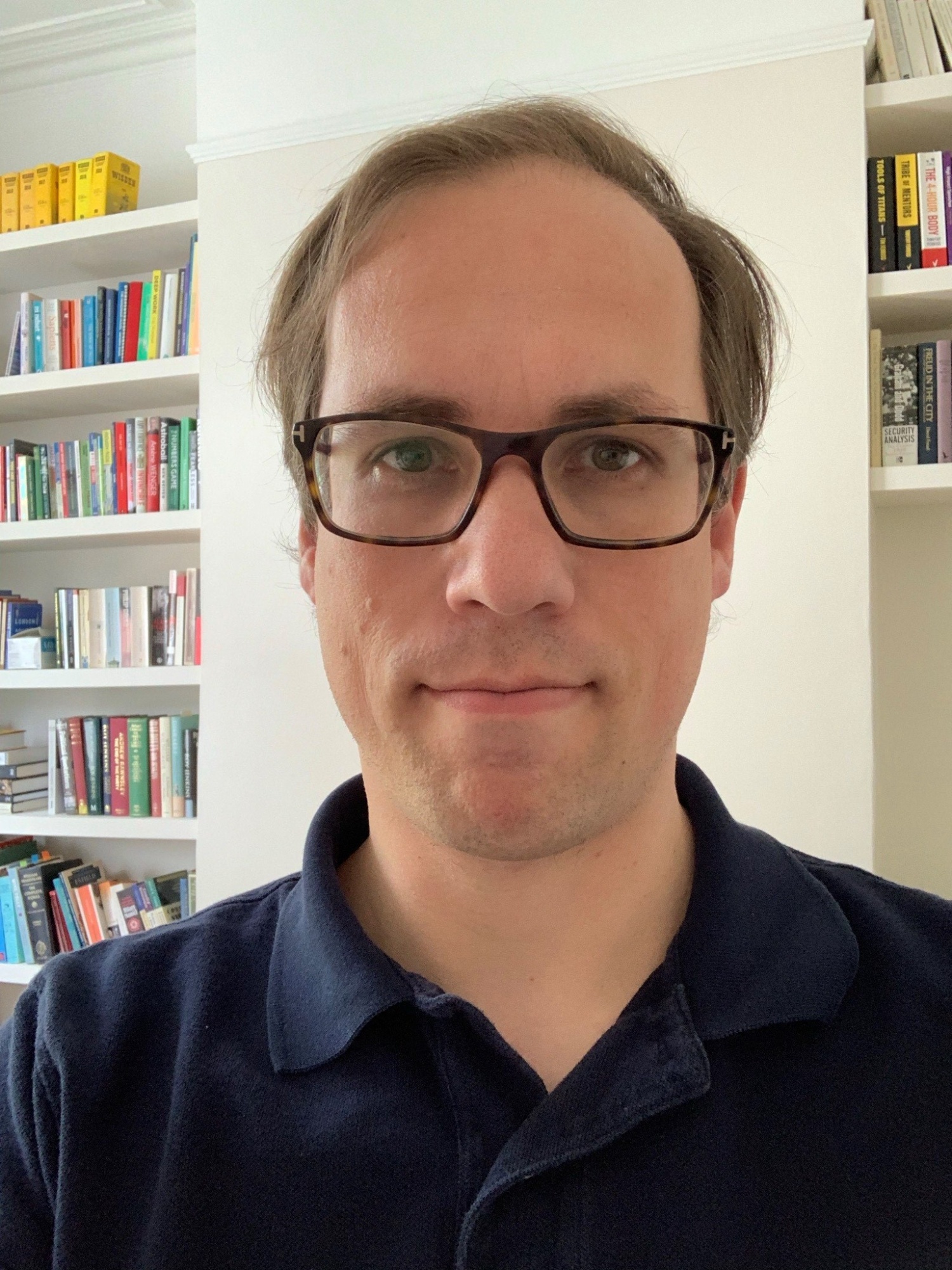 Role: Vice Chair, appointed Trustee in July 2020 for two years, and elected Vice Chair in May 2022.

I was at Latymer from 1992 to 1999. After Warwick University I went on to a career in financial services, first qualifying as a chartered accountant at KPMG and then working in corporate finance at Gleacher Shacklock and PJT Partners. I serve on the Foundation’s finance committee.

Having the chance to go to Latymer changed my life, as it has for many others and will do for many more. I am pleased to play my part in helping the Foundation to support the school and its students both current and future.

Jamie is a member of the following Foundation committees: Finance.

I am proud to be able to say that I am an alumnus of Latymer School (1980-1987). Despite a busy working life running my own practice, I want to give something back to a school that has offered me so much - Latymer gave me the springboard for my future. I am a chartered accountant and, as Chair of School Finance, I bring my skills and experience to ensure that Latymer continues to provide a first-class education despite the enormous financial pressures and constraints currently being faced.

I am honoured and proud to be a Trustee and a Governor and I hope to assist with enhancing Latymer’s already enviable reputation and to ensure that it continues to be one of the best schools in the country.

Costas is a member of the following Foundation committees: Buildings & Infrastructure. 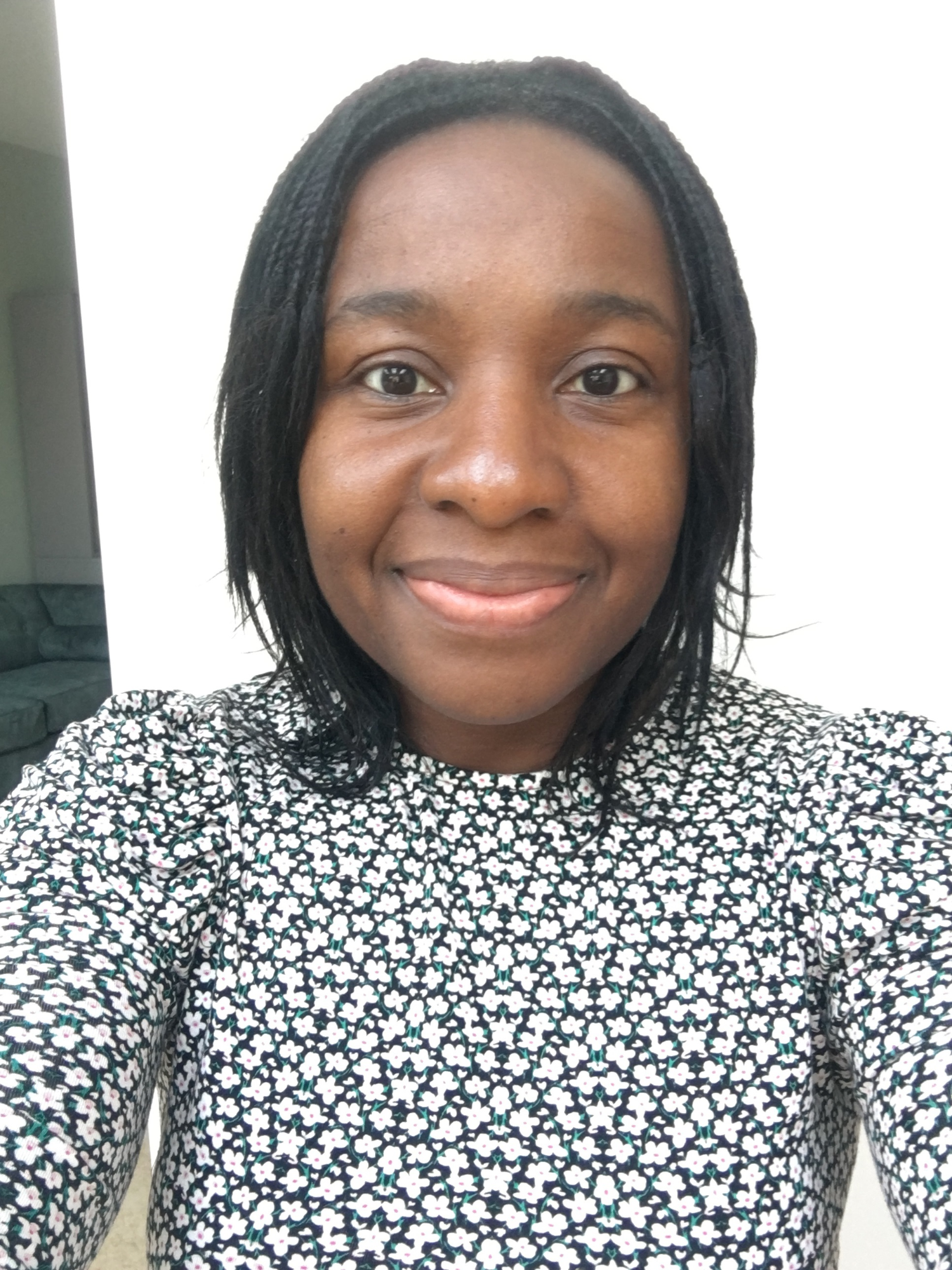 My career as a senior government lawyer and my commitment to educational charity work meant that I welcomed the opportunity to support the school in a practical and helpful way as a trustee The fun memories of my time as a Latymer student between 1989-1996, and my continuing friendships with classmates, means I have retained a close connection with the school.

I have a deep passion for public service and am excited to be involved in the school’s continuing growth. I want to use my energy and the skills gained from a varied career practising public law in different government departments to support the creation of positive school memories for current and future students.

I attended Latymer between 1997 and 2004, following in the footsteps of my father, aunt and uncle. Latymer has therefore always been a constant in my life. I am a fully qualified architect having worked on a variety of projects, differing in size, construction value and typology.

I hope to bring a fresh and energetic approach to the Governing Board and feel my skill set is well suited to the school’s needs as the Foundation looks to maintain, enhance and renew the environment of the school. I want to contribute to improving the facilities for all students, staff, parents and visitors alike to enable Latymer to maintain and surpass the high standards it has set.

Ed is a member of the following Foundation committees: Buildings & Infrastructure (Chair).

In 2010, six years after retiring from a lifetime working in education, I was delighted to become a Trustee and Governor. I worked in all education sectors and was on numerous local, national and international committees, wrote science books and articles for the national press and edited a scientific journal. Over the years I have served on five different governing bodies in three other local authorities and was chair of one for 10 years.

Now, in retirement and as a Governor, I attend Latymer School events, serve on committees and support initiatives like the Year 8 Science Challenge. I work with two charities, the Linus Project and Witness Support, and continue to study, pursue long neglected hobbies and travel.

I attended Latymer between 2001 - 2008 and have continued to keep an interest in the school ever since then. I wanted to become a Trustee to help the school and use my skills and experience as a qualified Actuary in any way possible. Those skills are used most particularly in my role as Chair of the Trustee Finance Committee, working with the school to understand any needs it may have from a financial perspective. I am delighted to be able to help as a Trustee and hope to maintain the school’s image as a fantastic institution for education.

Richard is a member of the following Foundation committees: Buildings & Infrastructure; Finance (Chair). 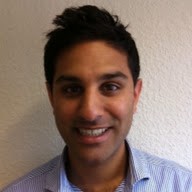 I attended Latymer School between 2000 and 2002 as a Sixth Form entrant. Though my time at the school was short, the experiences left a lasting impression. Serving as a Senior Pupil at the school was an eye-opener. This experience, together with the first-class education I received, helped prepare me for a career in medicine and in my current roles as a local GP and healthcare leader.

I have been a Trustee of the Latymer Foundation at Edmonton since 2017. This is my way of giving back to the school that provided the springboard for my future career. I hope to use my tenure as a trustee to help safeguard the ethos and values of the Foundation to benefit not just our current students but also those to come. 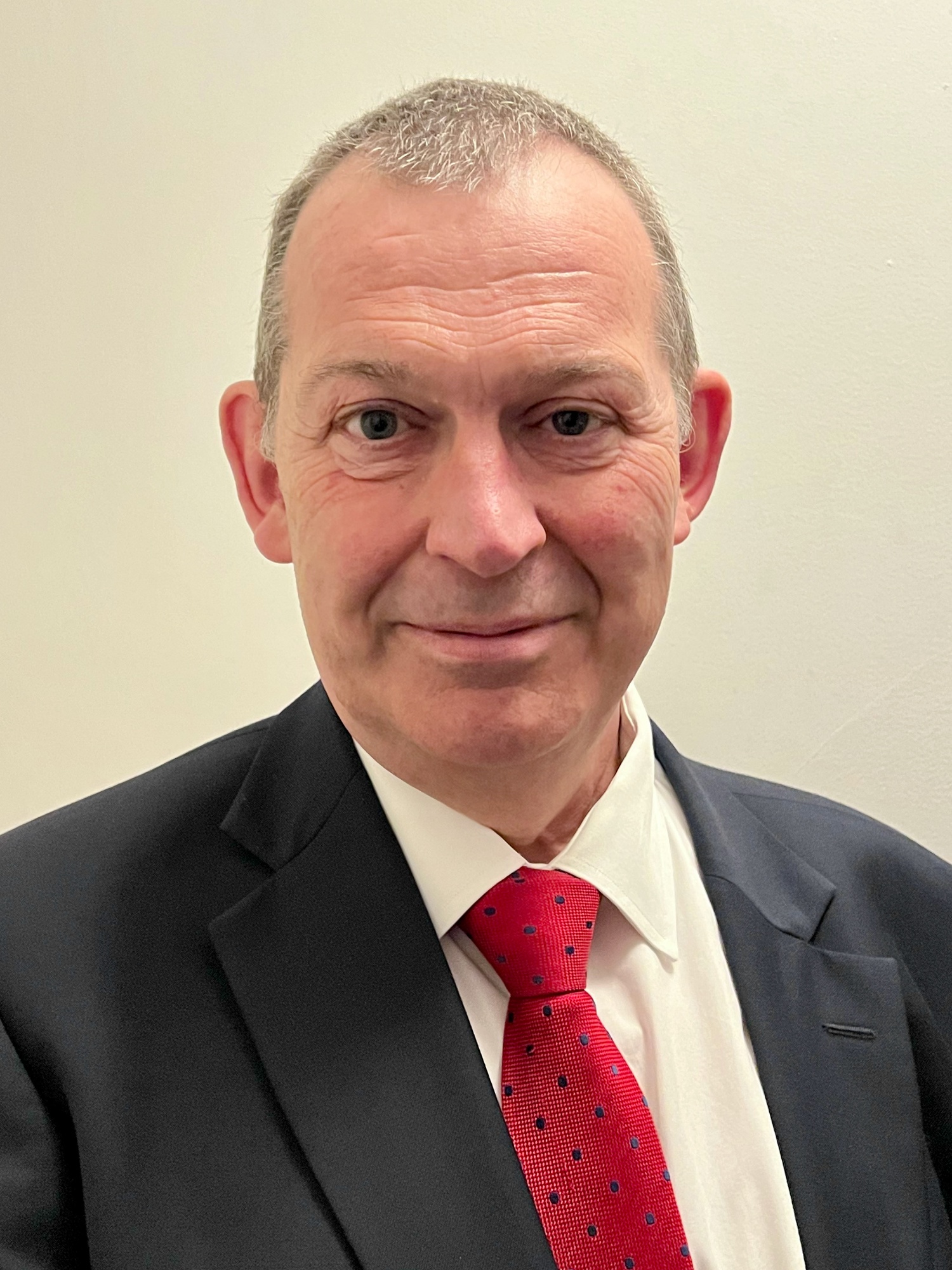 As a second-generation Latymerian I am delighted to be able to serve the school that has played such a big part in shaping my life. Most of my career has been spent in IT, ultimately as an IT Director for chemicals and metals company Johnson Matthey plc. Outside of work I have held various Trustee roles, most recently as Chair of Trustees for Scouting in North London. As a result of my work as a Governor in various sectors, I am now an accredited National Leader of Governance.

I am proud to have the opportunity to volunteer my experience of Governance and Trusteeship, together with my long involvement with youth development and my knowledge of the Latymer ethos, at this truly outstanding school.

Stephen is a member of the following Foundation committees: Buildings & Infrastructure.

The work of the Foundation is supported by: